You Are Here: Home → A History of Air Disasters Involving Sports Teams 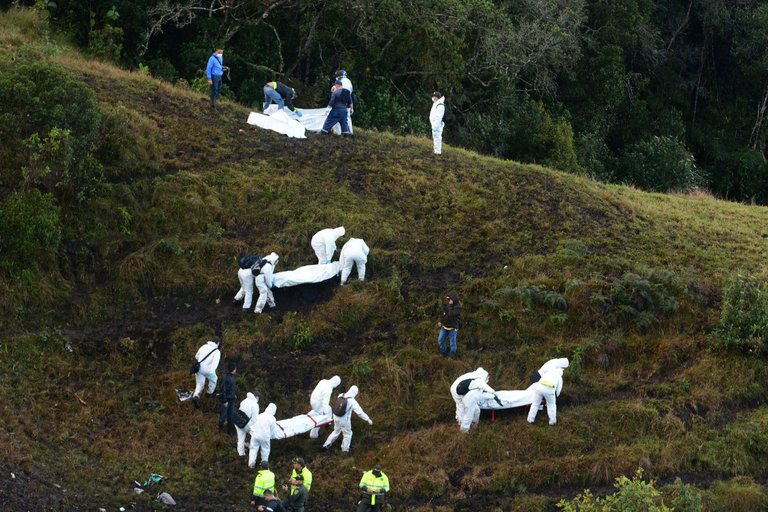 Rescue workers removing bodies of victims at the site of a plane crash on the outskirts of Medellín, Colombia, on Tuesday.

Plane crashes are almost invariably tragic, and they can be uniquely devastating when a sports team is involved.

That sense of loss was being felt deeply in Brazil on Tuesday after members of the soccer club Chapecoense de Brasil were killed on Monday when a chartered plane carrying the team crashed on the outskirts of Medellín, Colombia.

Here are some other crashes that have devastated sports teams around the world.