You Are Here: Home → At the Convention: A Rock ’n’ Roller Draws Boos, and Talking Up New York and Michigan

At the Convention: A Rock ’n’ Roller Draws Boos, and Talking Up New York and Michigan 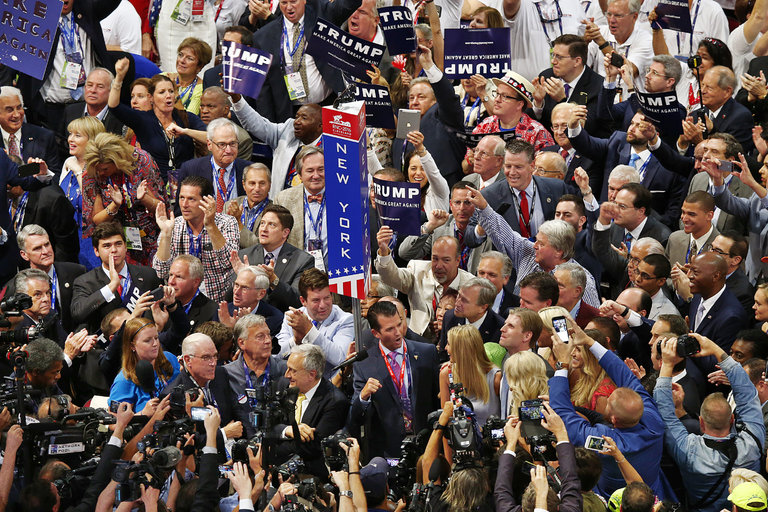 The New York delegation, led by Donald Trump Jr., center, during the roll call vote at the Republican National Convention on Tuesday.

CLEVELAND — New York Times correspondents are chronicling the colorful, the unusual and the quirky at the Republican National Convention in Cleveland.

Historically, rock ’n’ roll has been about challenging authority. The ’90s band Third Eye Blind decided to renew that tradition in a big way early Wednesday morning at a convention-related party held, fittingly enough, at the Rock & Roll Hall of Fame and Museum here.

Appearing at a charity event to benefit…