You Are Here: Home → Back for More! Mr. Met Returns to the Scene of the Crime.

Back for More! Mr. Met Returns to the Scene of the Crime. 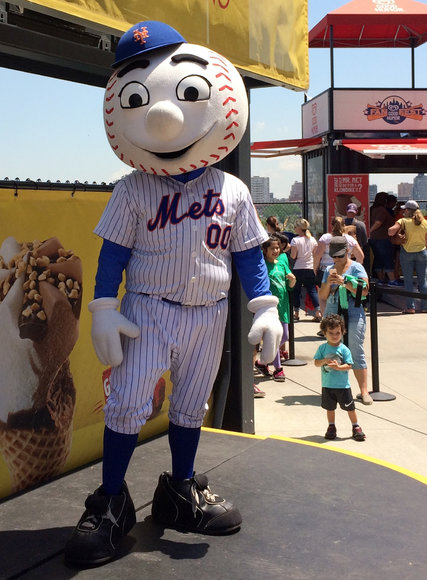 Mr. Met, the fabled Mets mascot who flipped his lid at Citi Field in the late stages of Wednesday night’s loss by his team, was back in the stands, and back in character, for Thursday afternoon’s game between the Mets and the Milwaukee Brewers.

But the person playing Mr. Met on Thursday was not the individual who was caught on video late Wednesday night making an obscene gesture while walking down a tunnel after perhaps being heckled by some fans.

The Mets have more than one person who plays Mr. Met, which came in handy after Wednesday’s uproar….