You Are Here: Home → Bombings Near Afghanistan’s Parliament Kill Dozens 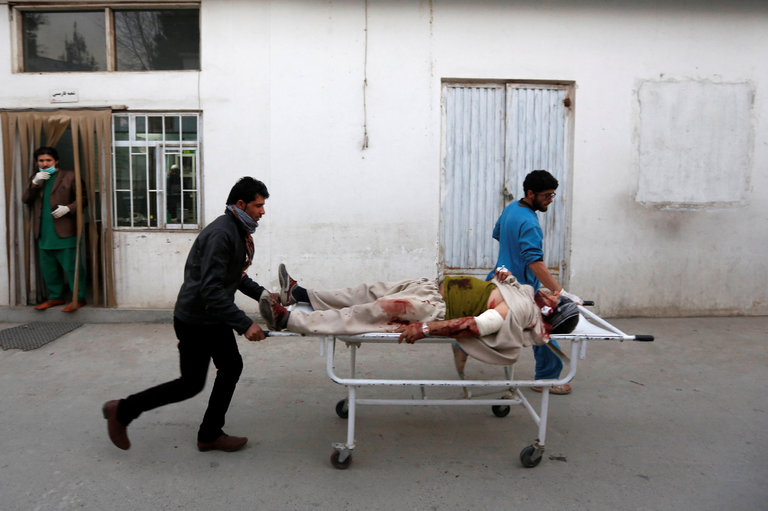 The bombings near the Parliament compound in Kabul, Afghanistan, on Tuesday took place as workers were leaving for the day.

KABUL, Afghanistan — Two bombs were set off near the Afghan Parliament in Kabul on Tuesday as workers were leaving for the day, officials said. Dozens of people were killed.

Exact casualty figures were not immediately available, but at least 80 people were wounded and 30 bodies were taken to Kabul hospitals, according to Wahidullah Majrooh, a spokesman for the Afghan Health Ministry.

The Taliban issued a statement claiming responsibility for the attacks.

One witness said they had begun with a suicide bomber detonating…