You Are Here: Home → ‘Brexit’ Briefing: Battle of the Somme; Tories Step Up as Boris Johnson Exits

‘Brexit’ Briefing: Battle of the Somme; Tories Step Up as Boris Johnson Exits 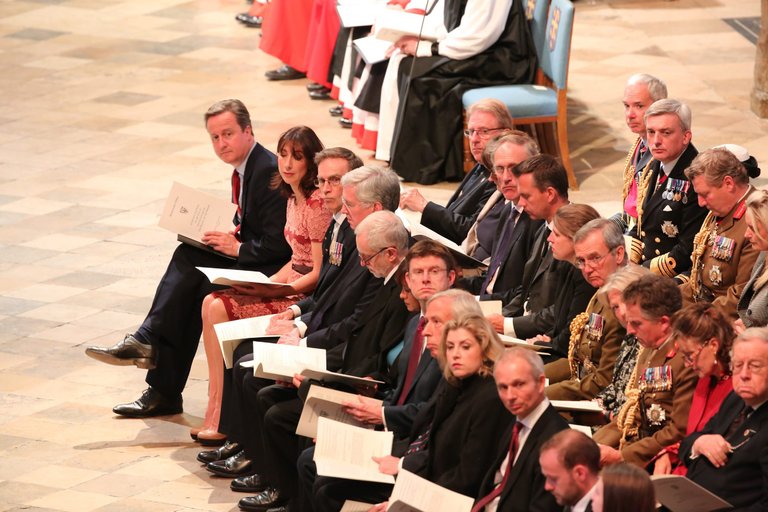 Prime Minister David Cameron of Britain attended an evening service in London to honor the centenary of the Battle of the Somme on Thursday.

LONDON — Britain’s political crisis was set aside, at least temporarily, on Friday as leaders made their way to France to attend commemorations for the 100th anniversary of the Battle of the Somme. Still, contenders to replace Prime Minister David Cameron are beginning to firm up the groundwork for their campaigns, with Michael Gove making a speech a day after throwing his hat in the ring.