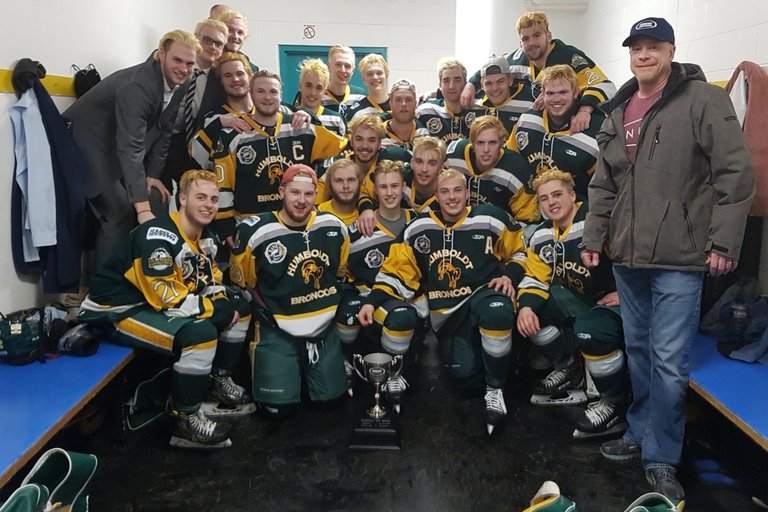 The Humboldt Broncos of the Saskatchewan Junior Hockey League.

Multiple people were killed on Friday evening when a tractor-trailer collided with a bus filled with members of a Junior League hockey team on their way to a playoff game, the Canadian authorities said.

The Royal Canadian Mounted Police said that they had also confirmed “a number of” serious injuries resulting from the crash, but that they could not yet say how many people had died.

“We cannot confirm numbers at this time,” Inspector Ted Munro said at a news conference.