You Are Here: Home → Exposures: Puerto Rico in the Dark

Exposures: Puerto Rico in the Dark

“I had spent years repairing the roof, spent $4,000 on it, but Maria came in and tore open the zinc like the lid off a tin can,” she told me. FEMA declared her house a total loss.

Ilda Sánchez and Alberto Luquis found a crocodile in their flooded house in Caño Martín Peña, a Santurce neighborhood of the working poor who settled along a canal that once nourished mangroves. 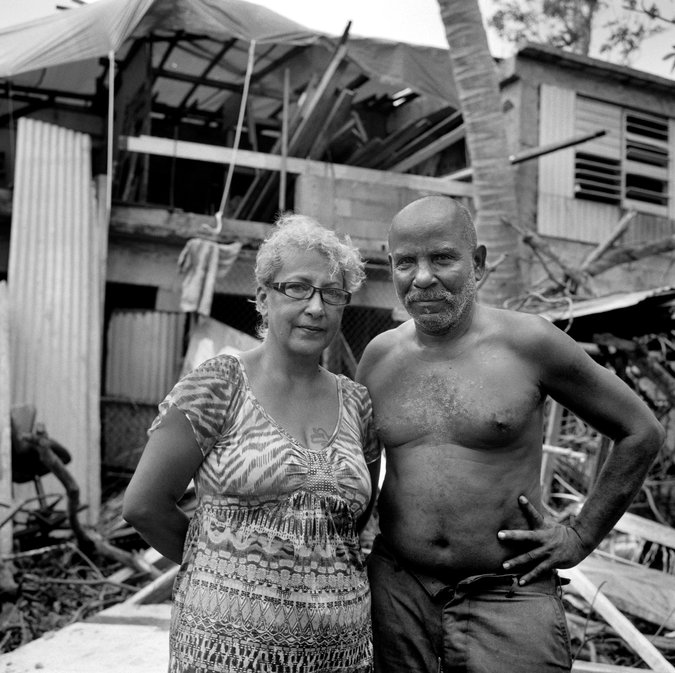 Ilda Sanchez 56, with her husband Alberto Luquis, 62. During the hurricane they found a dead six-foot long alligator in their backyard. The house was also under water up to his chest, and the roof had been blown away.

The neighborhood was precarious…