You Are Here: Home → Grace Mugabe, Shrewd if Ill-Tempered, Became a Target of Zimbabwe’s Anger

A skilled operator, she led a revolt by a younger faction of politicians — known as G-40 because many of its members were in their 40s — who posed a stark challenge to the authority of the veterans of Zimbabwe’s struggle for independence from white-minority rule.

The divide has been generational and personal.

Mrs. Mugabe has been a fierce defender and accomplice of her husband — she once claimed he could still run the country “as a corpse” — as he ruthlessly ousted two successive vice presidents, Joice Mujuru and Emmerson Mnangagwa, who were rival claimants to the presidency.

Above all, she has emerged as a champion of her own presidential aspirations as her husband’s health has visibly declined. 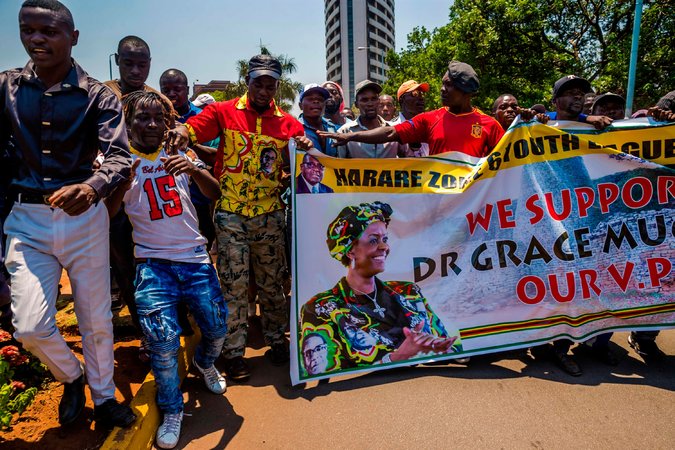