You Are Here: Home → Iran’s President Is Confronted by Scandal Over Inflated Government Wages

Iran’s President Is Confronted by Scandal Over Inflated Government Wages 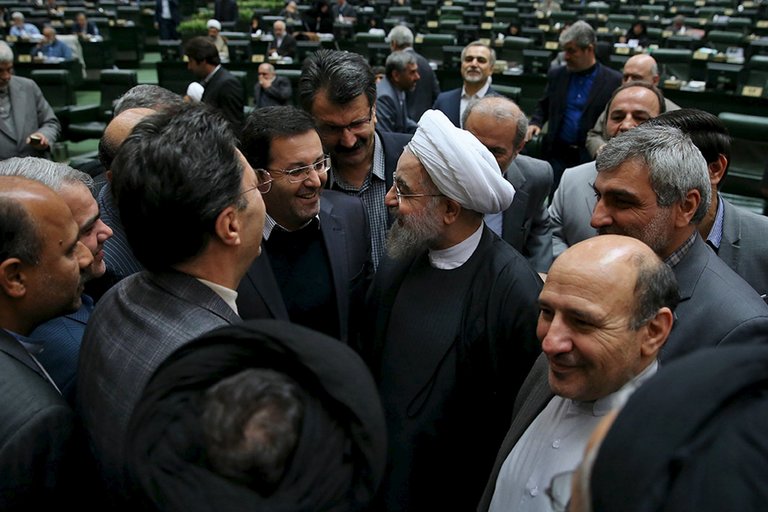 President Hassan Rouhani of Iran, wearing a turban, in Parliament in January. He is facing a scandal involving inflated salaries for managers and executives of state-run companies.

TEHRAN — Less than a year before new elections, President Hassan Rouhani of Iran is confronting a major scandal involving inflated salaries for the managers and executives of state-run companies.

In recent weeks, the Iranian news media have been publishing payment slips showing many top managers of state-run companies earning what for Iran are astronomical bonuses and salaries, often hundreds of thousands of dollars a month.

Mr. Rouhani was elected in 2013 promising to end corruption…