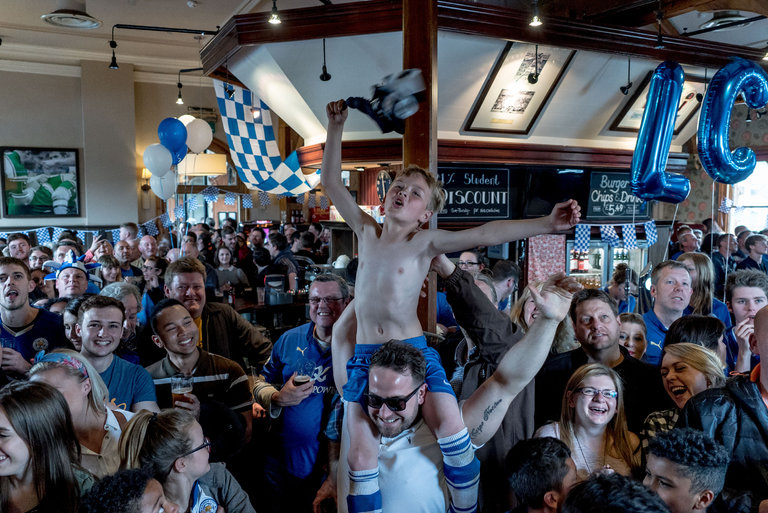 Fans of Leicester City Foxes watched their team tie the mighty Manchester United 1-1 at the Counting House pub in Leicester on Sunday.

LEICESTER, England — Soccer-crazed, working-class Leicester is verging on one of those ridiculous seasons, an unimaginable championship that was given worse betting odds at the start than finding Elvis alive.

This is rags-to-riches, “Rocky” and the impossible dream for an unglamorous city in the middle of England best known for having buried Richard III. Now it is getting the kind of recognition that will live on for decades in the fervent, tribal world of English soccer.