You Are Here: Home → Lilly King Makes a Statement With an Olympic Record in the 100-Meter Breaststroke 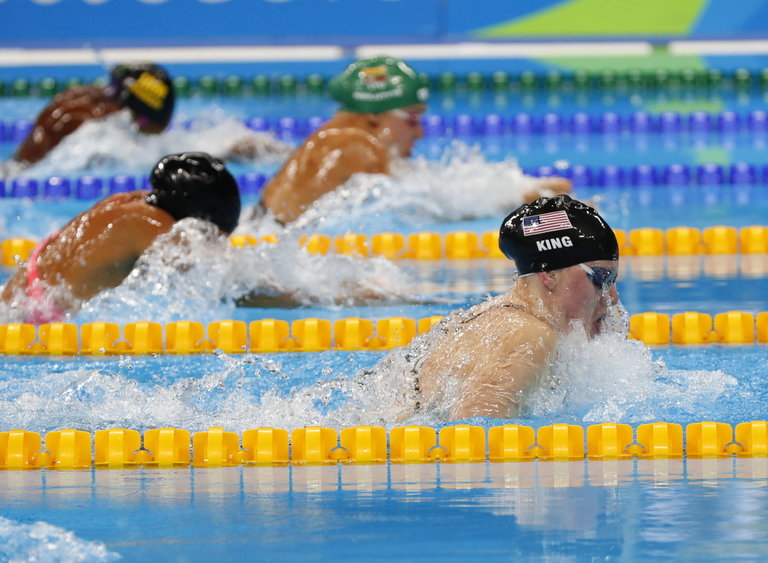 Lilly King of the United States won the gold medal in the 100-meter breaststroke on Monday in Olympic-record time, beating Yulia Efimova of Russia.

RIO DE JANEIRO — A movement that has been gathering steam at the Olympic Aquatics Stadium was ready for its hashtag on Monday night. The Clean Athletes Matter brigade found a ready, able and ardent leader: Lilly King of the United States, who entered the Rio Games with the top time in the world in the women’s 100-meter breaststroke.

The next fastest swimmer in the lead-up to the competition was Yulia Efimova, a 24-year-old Russian whose place at these Olympics was not finalized until Saturday….