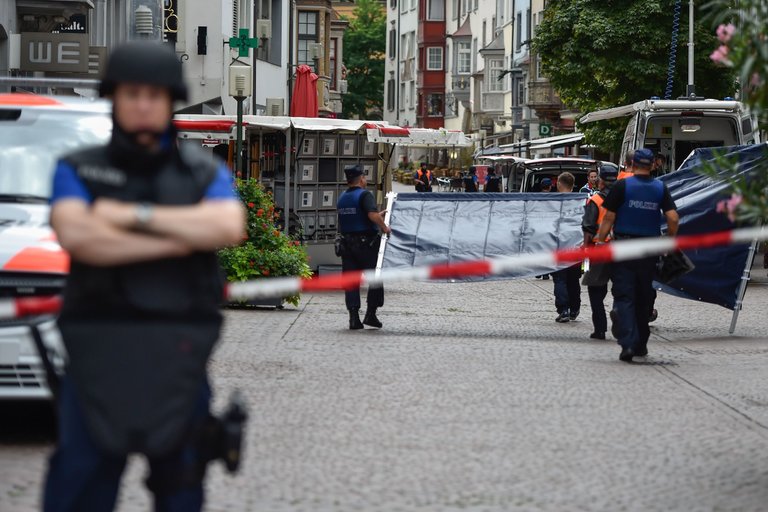 The Swiss police set up a barrier at a crime scene in Schaffhausen after an attack that injured five people.

BERLIN — The Swiss police were searching Monday for a man accused of attacking people with a chain saw at a health insurance office in the city of Schaffhausen, near the German border.

Two people injured were taken to a hospital for treatment, the police said. Three others, slightly wounded as the attacker fled, were treated by medics at the scene. None of the victims sustained life-threatening injuries, the police said.

The authorities identified the suspect as Franz Wrousis, 51. They said that he had a…