You Are Here: Home → Maria Sharapova Wins Her First Title in More Than Two Years 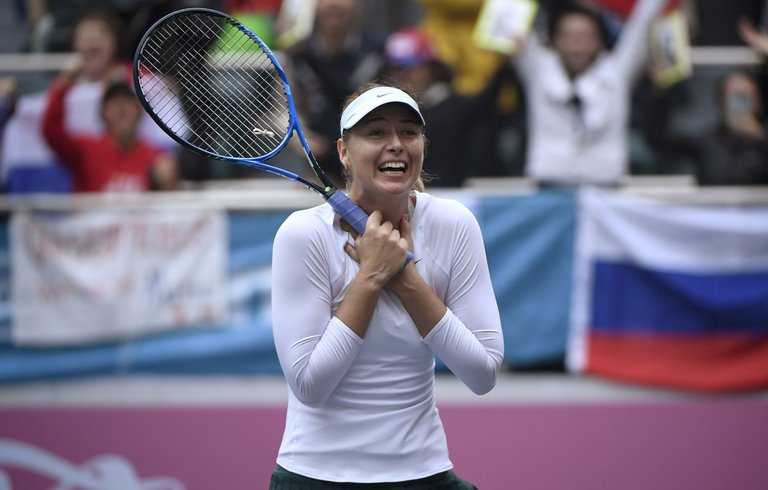 Maria Sharapova celebrating her victory against Aryna Sabalenka in the final of the Tianjin Open on Sunday.

Maria Sharapova came from behind in each set to Aryna Sabalenka, 7-5, 7-6 (8), on Sunday to win the Tianjin Open, her first WTA title in more than two years.

Sharapova, a former No. 1 and a five-time Grand Slam champion, returned to the tour in April after a 15-month doping ban. She entered the tournament ranked 86th in the world.

“It is a special title, a special victory,” Sharapova told reporters after the match.

She started the stronger, breaking Sabalenka in her opening service game, but struggled on serve and…