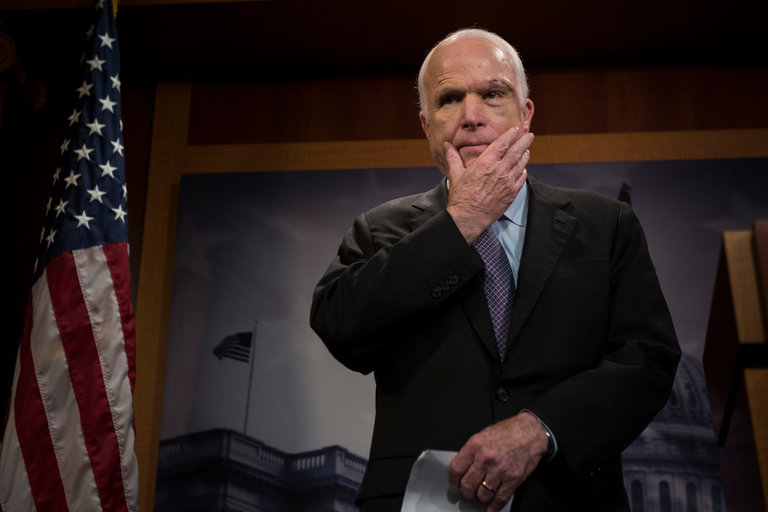 Senator John McCain at the Capitol on Thursday. After the vote, he called for a new legislative effort, with input from Democrats and Republicans.

When Senator John McCain of Arizona returned to Washington with a fresh scar from brain surgery, it was widely seen as a dramatic effort to help Republicans overturn Obamacare.

President Trump had criticized Mr. McCain in the past and derided his military service, saying in 2015 of the former Vietnam prisoner of war, “I like people who weren’t captured.” But this week Mr. Trump welcomed him back to Washington.