You Are Here: Home → N.B.A. to Move All-Star Game From North Carolina 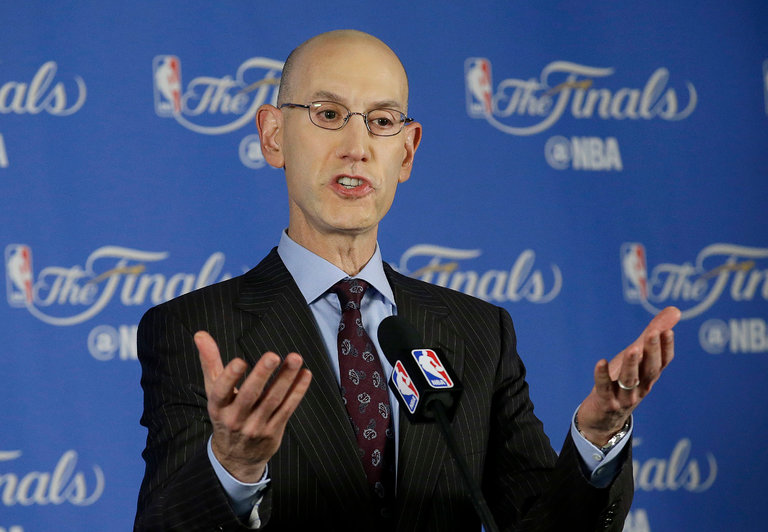 During the N.B.A. finals, Commissioner Adam Silver addressed the topic of the All-Star Game in Charlotte, N.C.

The National Basketball Association announced Thursday that it would not hold next season’s All-Star Game in Charlotte, N.C., the most significant fallout yet from state legislation that eliminated specific antidiscrimination protections for lesbians, gays and bisexuals.

The legislation, passed in March, also mandated that transgender people use public bathrooms that match their birth gender.

The law created an immediate backlash and raised speculation that the N.B.A., the North American professional league now most identified with…