WASHINGTON — The Obama administration on Wednesday announced it was imposing sanctions on Kim Jong-un, North Korea’s leader, for human rights abuses, blacklisting the unpredictable young ruler at a time when his reclusive government is aggressively pressing forward with its nuclear and ballistic missile programs.

The Treasury Department said Mr. Kim and 10 other senior officials, including top leaders of its intelligence and security ministries, had engaged in or facilitated abuses that have helped make the country one of the most repressive in the world. 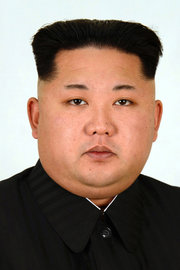