You Are Here: Home → On Dallas Streets, Fearful Bystanders and Chilling Historical Echoes 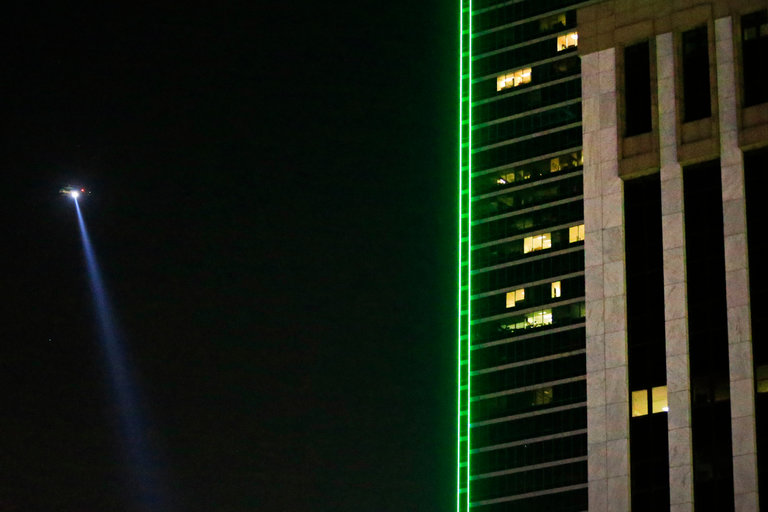 A Dallas police helicopter flew over the scene of the shooting on Thursday. When the gunfire stopped, five officers were dead and seven others were wounded.

DALLAS — The hundreds of demonstrators were in the middle of a call and response: “Hands Up! Don’t Shoot!” Some held their hands up in solidarity, some held up colorful posters, some held children’s hands, others walked casually as if on a stroll. It was late twilight, the sky a cobalt blue and the overnight lights on in the downtown buildings.

And then the resounding pop-pop-pop of gunfire began.