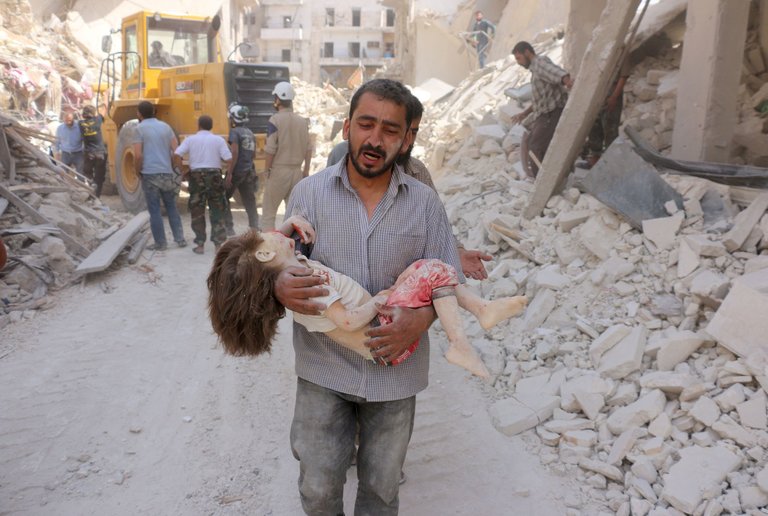 A man with a child after a bombing in Aleppo in June.

A crazed gunman’s attack on an Orlando club in June, killing 49 people, resulted in blanket news coverage and national trauma.

Now imagine that such a massacre unfolds more than five times a day, seven days a week, unceasingly for five years, totaling perhaps 470,000 deaths. That is Syria. Yet even as the Syrian and Russian governments commit war crimes, bombing hospitals and starving civilians, President Obama and the world seem to shrug.

I admire Obama for expanding health care and averting a nuclear crisis with Iran, but allowing Syria’s civil war and suffering…