You Are Here: Home → Police in Barcelona Shoot at Stolen Truck Loaded With Gas Canisters 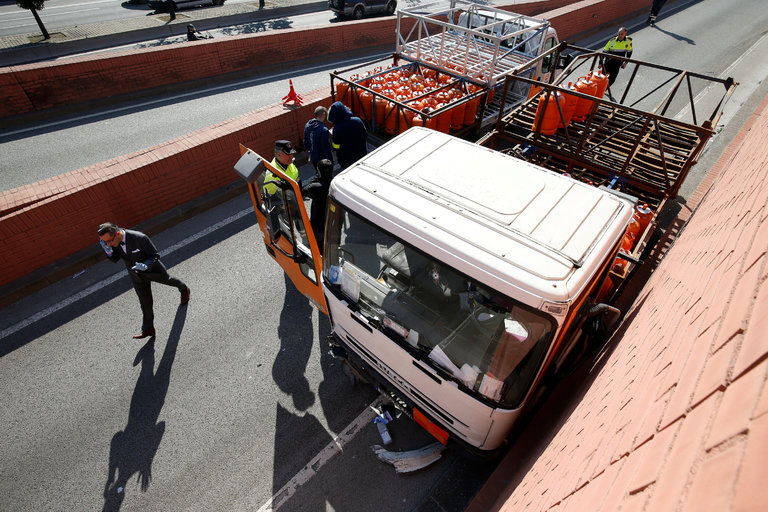 The stolen truck, right, with its load of butane gas canisters in Barcelona, Spain, on Tuesday.

MADRID — The police opened fire on Tuesday after the driver of a stolen truck carrying butane gas, and moving at high speed near Barcelona’s main ring road, refused to stop.

Although there were no fatalities, the chase quickly raised tensions in Spain, which remains on high alert after major terrorist attacks in other European countries, including deadly episodes involving trucks in Nice, France, and in Berlin.

The police said that the driver had been taken into custody. They described him as a 32-year-old man with a Swedish passport who was not a resident…