You Are Here: Home → Pope Criticizes Climate Change Deniers and Trump on DACA 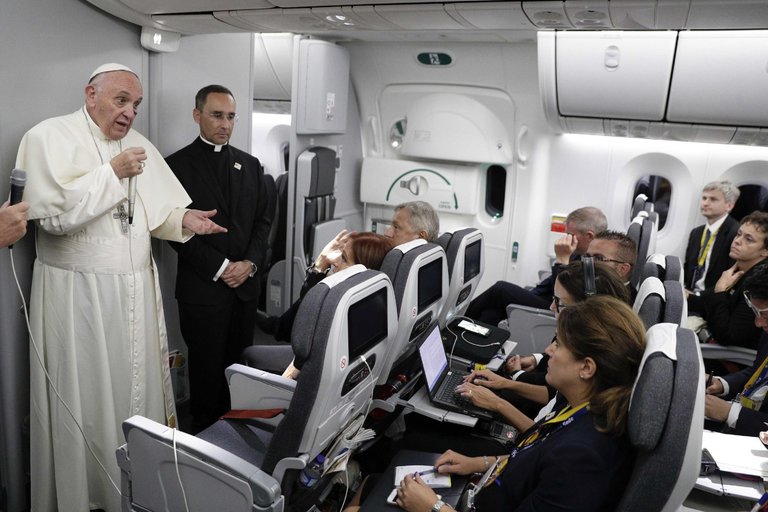 Pope Francis talking to journalists on Monday while flying to Rome at the end of a five-day visit to Colombia.

ROME — As he flew near Caribbean islands devastated by Hurricane Irma on his way back to the Vatican from Colombia on Sunday, Pope Francis said that political leaders and others who denied climate change reminded him of a passage from the psalms about man’s stubbornness.

In a typically wide-ranging news conference that included his questioning of United States President Donald J. Trump’s commitment to issues of…