You Are Here: Home → Protests of Trump’s Election Continue Into Third Day 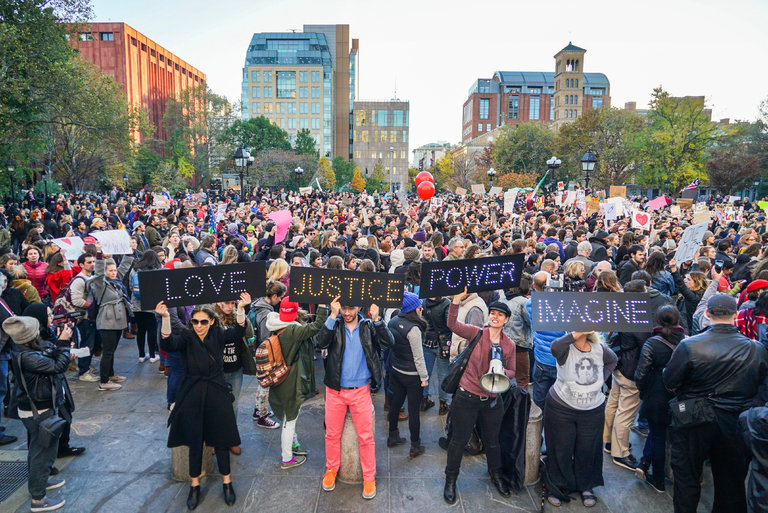 For the third day in a row since Donald J. Trump was elected president, thousands of people took part in protests that bloomed across the country, venting their frustration at the election results.

In Miami, protesters shook signs and chanted during a demonstration on Friday evening, blocking the causeway that connects the city’s downtown and South Beach. In Madison, Wis., they interrupted commuters near the University of Wisconsin. Near Iowa City, they blocked traffic on a section of Interstate 80.