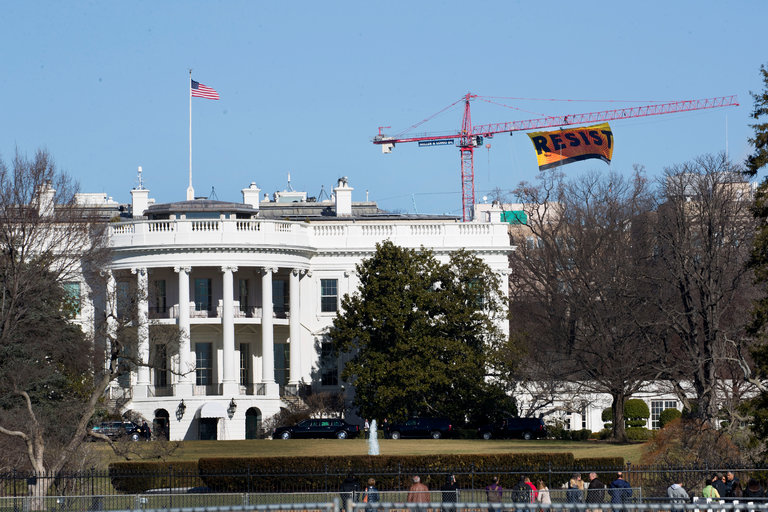 Protesters climbed a crane and unfurled a banner on a construction site blocks from the White House on Wednesday.

Seven environmental activists climbed a crane near the White House early Wednesday morning in a protest against the policies of President Trump, according to Greenpeace.

The protesters, all trained climbers, began scaling the approximately 300-foot crane around 4 in the morning, and once they reached the top, unfurled a 70 by 35-foot banner embossed with a single word: “RESIST.”

Travis Nichols, a spokesman for Greenpeace, the environmental advocacy organization for which the activists were volunteering, said the protesters were…