You Are Here: Home → Senate Confirms Mattis at Defense and Closes In on Kelly for Homeland Security 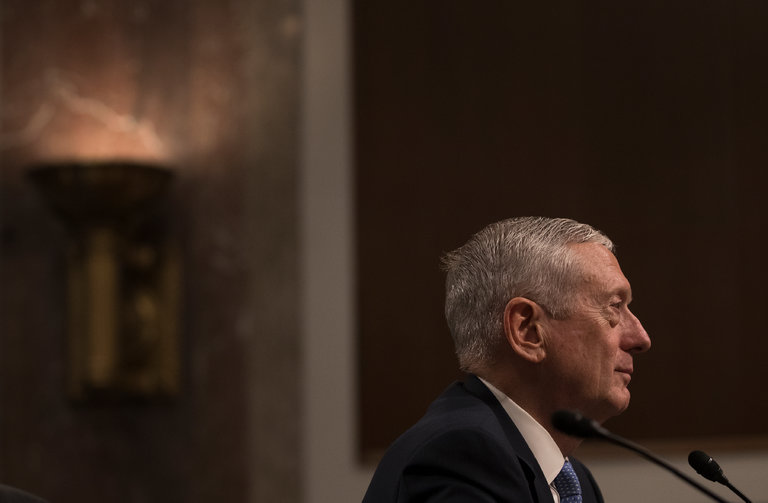 James N. Mattis this month during his confirmation hearing to be President Trump’s secretary of defense.

WASHINGTON — Just hours after President Trump was sworn into office, the Senate on Friday confirmed James N. Mattis as defense secretary and was set to approve John F. Kelly as homeland security secretary.

Republicans had hoped to approve a far greater number of nominees on Mr. Trump’s first day in office, but that process has been delayed because several of Mr. Trump’s nominees have been late in filing ethics disclosures, prompting protests by Senate Democrats.