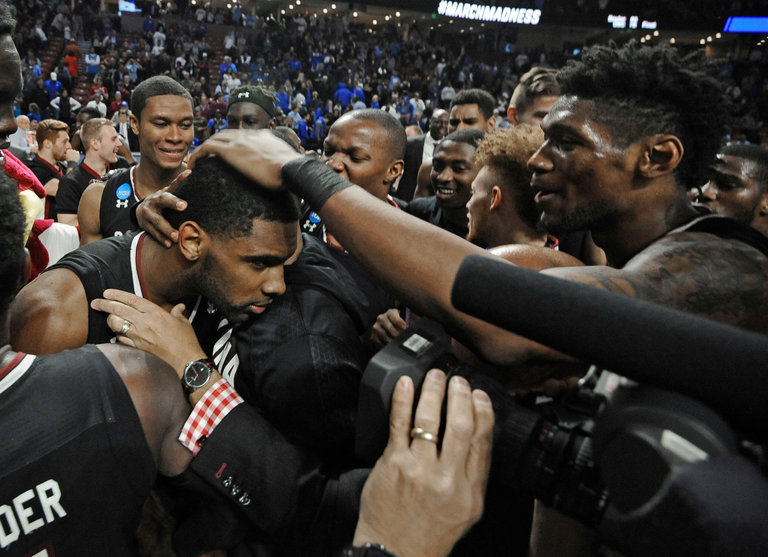 Sindarius Thornwell, left, with teammates including Chris Silva, right, after the Gamecocks’ 88-81 second-round victory over Duke on Sunday in Greenville, S.C.

COLUMBIA, S.C. — Sindarius Thornwell knew South Carolina fans would be excited about the team’s round-of-16 appearance. The response since he has been on campus, though, surprised even him.

As Thornwell walked to the student union after class, he couldn’t take more than a couple of steps without students swarming him for selfies or asking for some tidbit about the win against Duke on Sunday.

“We’re trying to embrace the moment,” Thornwell said Tuesday. “But that was…