Along with the new format, this year’s game also had a bigger cash prize. The purse for the winning team was increased to $100,000 from $50,000 per player. Each team also selected a charity, and the winning team was awarded $350,000 to give to a charity of its choice. The losing team’s charity was given $150,000.

Commissioner Adam Silver said that the change of format had come after a text exchange with the Rockets guard Chris Paul, the president of the players’ union. 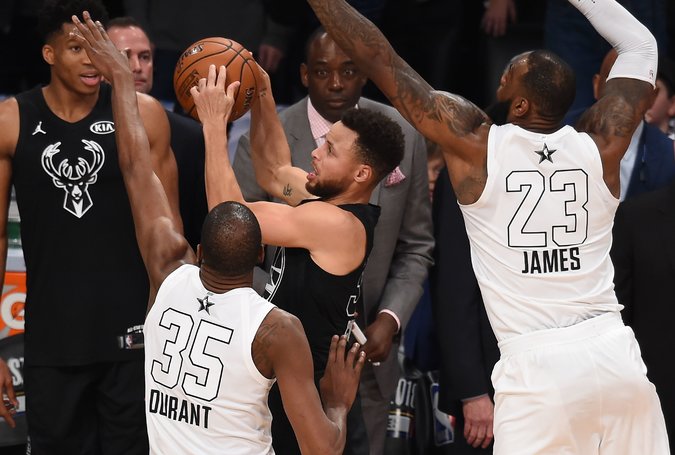 In a game not typically known for defense, Kevin Durant and James swarmed Stephen Curry in the final seconds, preventing him from putting up a 3-point attempt.