You Are Here: Home → Ted Cruz Is Fuming Because John Kasich Won’t Bow Out

Ted Cruz Is Fuming Because John Kasich Won’t Bow Out

As Ms. Kelly pointed out, Mr. Kasich is making a version of the same argument against Mr. Cruz, casting his Republican opponents as unelectable in the fall.

Speaking to reporters on Monday in Long Island, Mr. Kasich called Mr. Cruz a “smear artist” and noted Mr. Trump’s suggestion that Mr. Kasich was hurting his campaign, too. 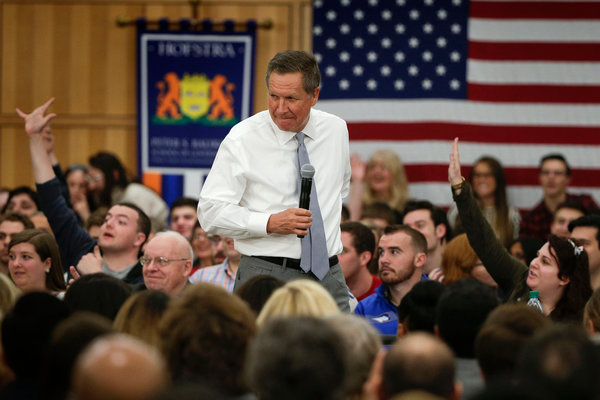 Gov. John Kasich of Ohio on Monday in Hempstead, N.Y. Although he has won only his home state, he has refused calls to quit the race.

“I’m not getting out,” Mr. Kasich said. “Why would I get out, particularly when Trump’s worried I’m going to get his votes?”