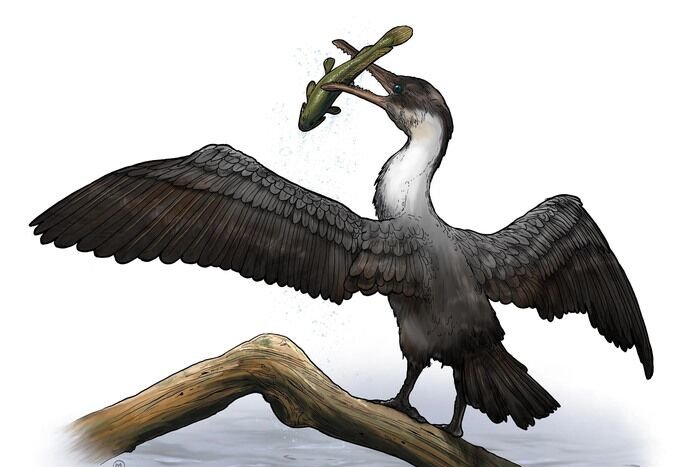 An artist’s rendering of Tingmiatornis arctica, a newly discovered prehistoric bird that could fly and dive and had teeth.

The North Pole wasn’t always a winter wonderland. Rewind 90 million years, and scientists think it was probably as warm as parts of Florida.

A new clue supporting that idea is a fossilized wing bone belonging to a newly discovered prehistoric bird found in the Canadian Arctic. The duck-size creature looked like a cross between a sea gull and a cormorant, but with a beak full of teeth. It could both fly and dive, and it most likely lived alongside turtles, crocodilelike reptiles and a whole lot of fish.