You Are Here: Home → Venezuela Moves a Step Closer to One-Man Rule 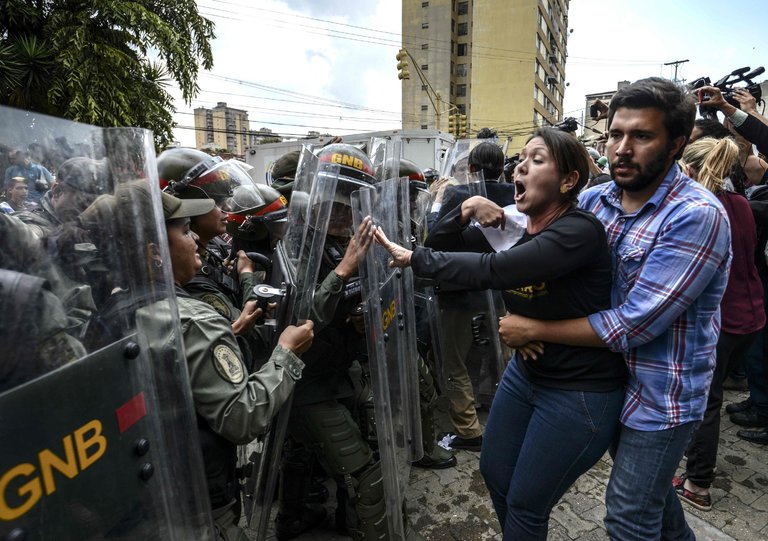 Amelia Belisario, a deputy of the National Assembly, argued with National Guard members during a protest in front of the Supreme Court in Caracas, Venezuela, on Thursday.

IQUITOS, Peru — Venezuela took its strongest step yet toward one-man rule under the leftist President Nicolás Maduro, as his loyalists on the Supreme Court seized power from the National Assembly in a ruling late Wednesday night.

The ruling effectively dissolved the elected legislature, which is led by Mr. Maduro’s opponents, and allows the court to write laws itself, experts said.