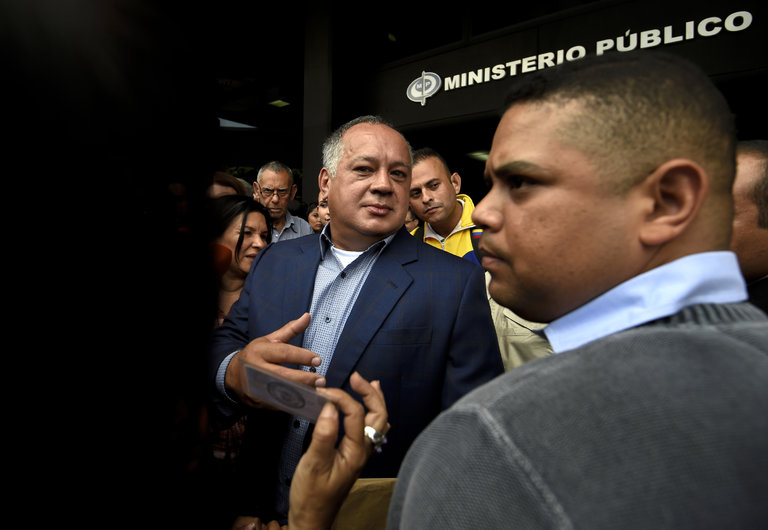 Diosdado Cabello, left, a member of Venezuela’s new Constituent Assembly, in Caracas this week. “We are moving ahead for the fatherland,” he wrote on Twitter.

Venezuela’s new Constituent Assembly granted itself wide powers to write and pass legislation on Friday, a move that essentially nullifies the opposition-led legislature and puts President Nicolás Maduro’s party firmly in control of the country.

In a decree, the assembly said it would “assume the ability to legislate over matters directly related to guaranteeing peace, security and sovereignty,” as well as a long list of other areas.