You Are Here: Home → Where Fashion Blogging Began 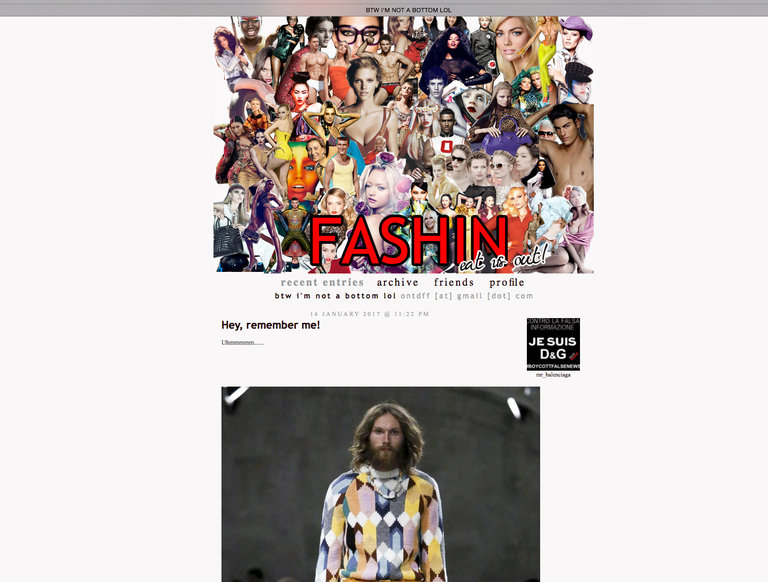 A view of the Fashin blog’s home page.

Just as fashion blogging was beginning to take off in 2007, so too was a more plain-speaking online community — one that gave rise to some of today’s most recognizable fashion voices and figures.

Created on Sept. 29, 2007, by a user called lolmodelbitch, Fashin Fags was a style-focused offshoot of the popular celebrity gossip blog Oh No They Didn’t, on the LiveJournal platform. It was where anonymous users could scrawl graffiti on fashion’s bathroom wall, posting hilariously catty comments about a model’s career or the latest Prada collection.

Though its glory days spanned only four years, the community played witness to the creation of the blogger Bryanboy, Hari Nef’s…