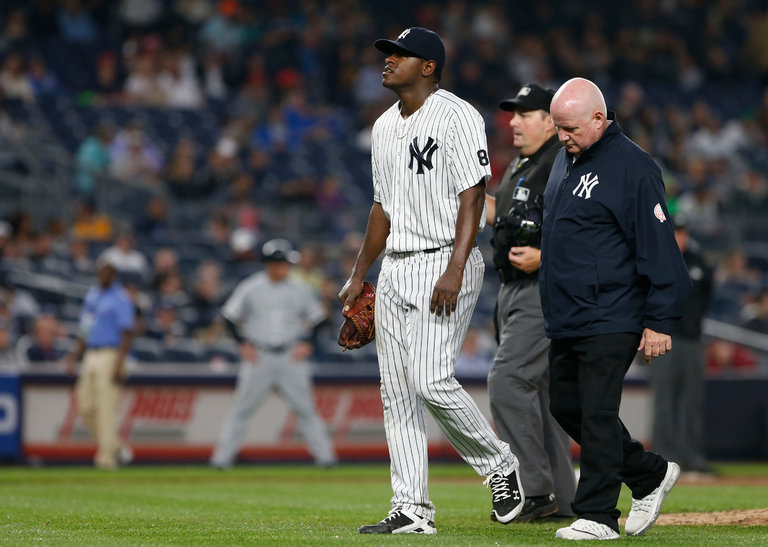 The Yankees’ Luis Severino was pulled from the game during the third inning Friday night. The team later said he had elbow soreness and would undergo a test.

The dark gray clouds that canvassed the sky at Yankee Stadium on Friday night, residual effects from an afternoon storm, provided a fitting setting for Luis Severino’s start against the Chicago White Sox.

Severino departed in the third inning after being bombarded in his shortest outing of the season. But that may not have been the gloomiest news for Severino, the 22-year-old starter who fell to 0-6 with a 7.46 E.R.A. in the Yankees’ 7-1 loss.

After allowing a two-run…