You Are Here: Home → Anthony Weiner and Huma Abedin to Separate After His Latest Sexting Scandal 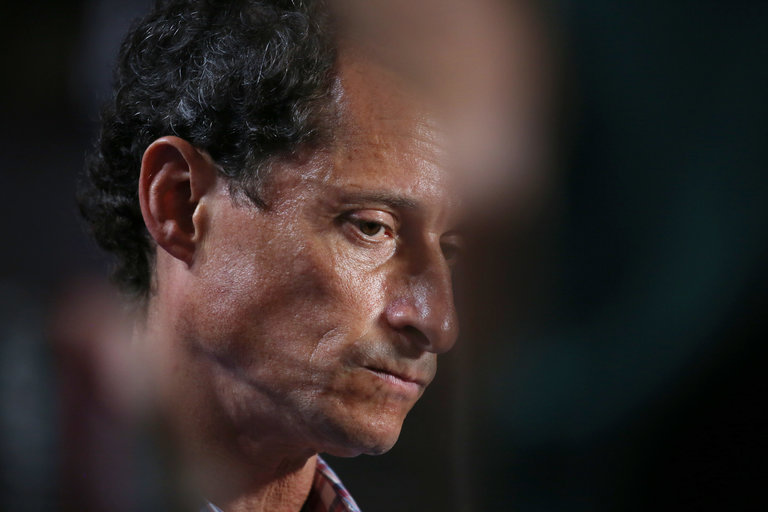 Anythony Weiner at the Democratic National Convention in Philadelphia in July.

Huma Abedin, the wife of the former Representative Anthony D. Weiner, announced on Monday that the couple were separating in the wake of a report that Mr. Weiner had been involved in another sexting scandal.

Mr. Weiner, who resigned in 2011 after it was revealed he had been sending lewd messages and photos to random women online, apparently deleted his Twitter account on Monday after The New York Post reported that he had exchanged sexual messages with an unidentified woman last year.