You Are Here: Home → Biden Hints at U.S. Response to Cyberattacks Blamed on Russia

Biden Hints at U.S. Response to Cyberattacks Blamed on Russia 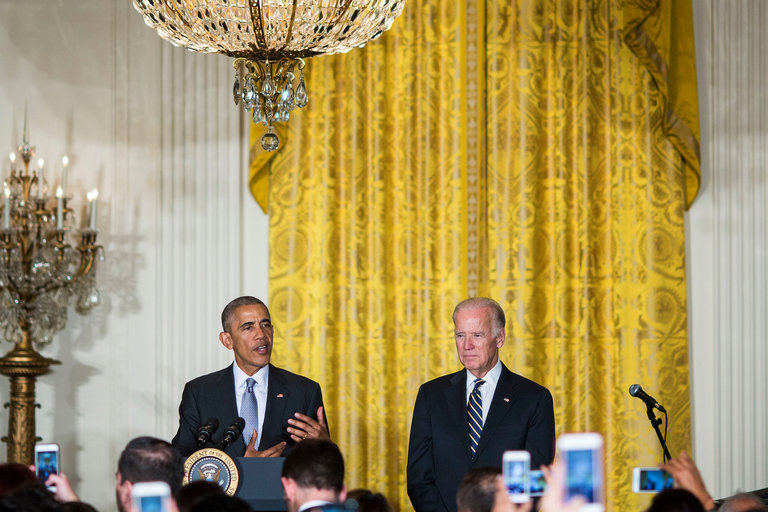 President Obama and Vice President Joseph R. Biden Jr. at a reception at the White House on Wednesday.

WASHINGTON — Since the administration formally accused Russia about a week ago of trying to interfere in the election, there has been intense speculation about whether President Obama has ordered the National Security Agency to conduct a retaliatory cyberstrike.

The strongest hint so far has come from Vice President Joseph R. Biden Jr., who either revealed American plans for a strike or engaged in one of the better bits of psychological warfare in recent times.

Taping an interview for NBC’s “Meet the Press,” Mr. Biden was asked whether…