You Are Here: Home → Bus Rollover in Texas Kills 8 and Injures 43 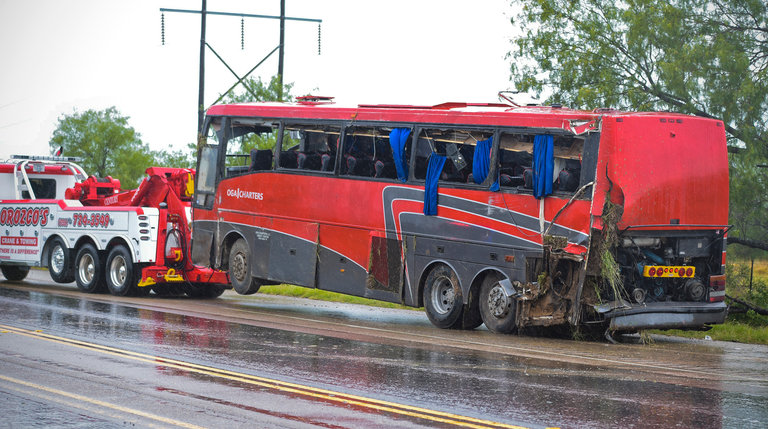 A bus that was traveling to a casino in Texas rolled over on Saturday, killing eight.

Eight people were killed and 43 injured after a bus they were riding in rolled over on Saturday morning on a highway in South Texas, an official said.

The crash happened around 11:25 a.m. in Webb County, said Trooper Conrad Hein, a spokesman for the Texas Department of Public Safety.

The bus was traveling north on Route 83 and went off the road after the driver lost control, he said.

Seven people were declared dead at the scene, and one person was pronounced dead at a hospital. The bus had 51 people aboard, including the driver; 43 people were taken to…