You Are Here: Home → Elizabeth Warren Says Donald Trump Has ‘Hate in His Heart’

Elizabeth Warren Says Donald Trump Has ‘Hate in His Heart’ 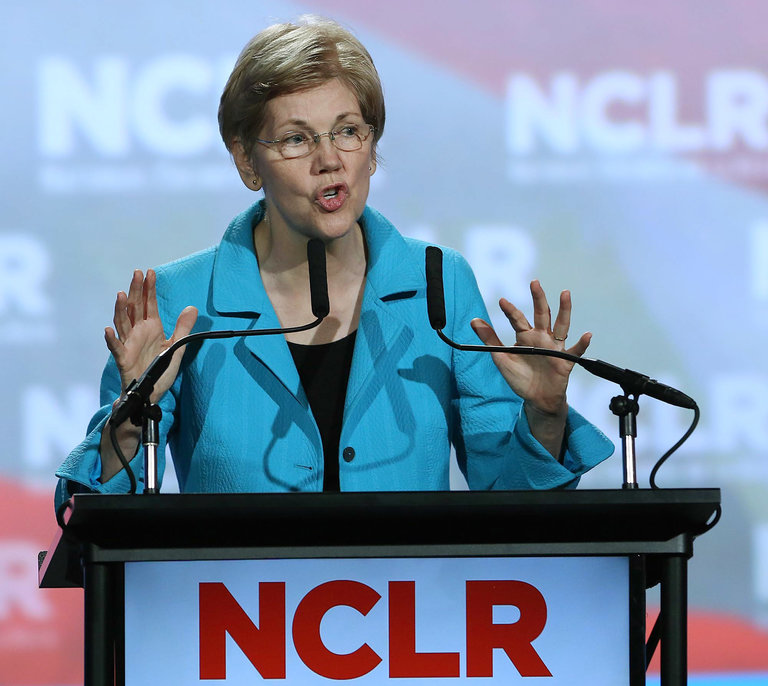 Senator Elizabeth Warren spoke on Saturday at the annual conference of NCLR in Orlando, Fla.

ORLANDO, Fla. — Senator Elizabeth Warren of Massachusetts, speaking to thousands of Latinos at the annual conference of NCLR, also known as the National Council of La Raza, forcefully urged them to vote for Hillary Clinton while making only a passing, barely audible reference to Senator Tim Kaine of Virginia, her newly named running mate.

Ms. Warren mainly offered new invective against Donald J. Trump, with whom she has a running feud, saying he was “a man born with cash in his fist and hate in his heart.”