You Are Here: Home → For Donald Trump’s Big Speech, an Added Pressure: No Echoes

For Donald Trump’s Big Speech, an Added Pressure: No Echoes

Yet in the aftermath of Ms. Trump’s speech, campaign advisers have fretted that they do not know for sure where Mr. Trump gets his ideas and language — whether they are his own, in other words, or are picked up from Twitter, television, or, say, a best seller by Bill O’Reilly of Fox News, a commentator whom Mr. Trump likes.

Borrowing or adapting may not always be tantamount to plagiarism, but several Trump advisers, who also insisted on anonymity, said that after the furor over Ms. Trump’s remarks, the campaign cannot allow a similar blowup. 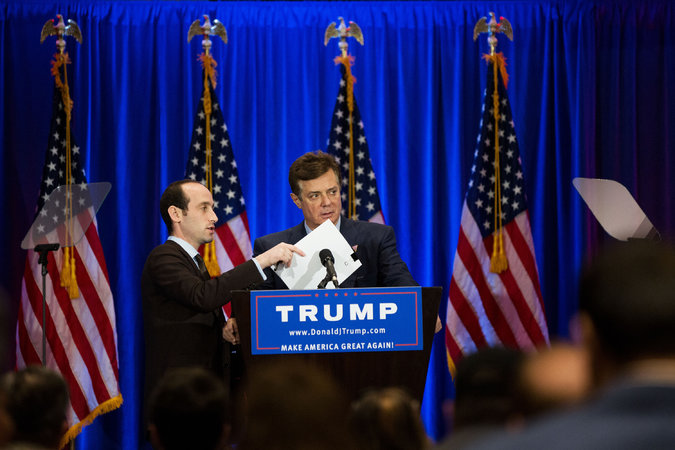 Stephen Miller, left, Mr. Trump’s chief speechwriter, and Paul Manafort, the campaign chairman, before an event for the candidate at the Trump SoHo hotel in New York last month.
…