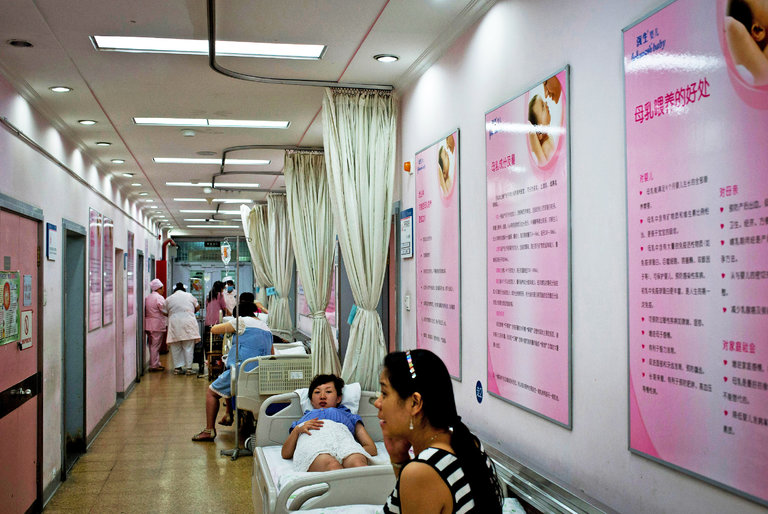 A maternity ward in a Beijing hospital. A new study found that about 35 percent of Chinese babies were delivered by cesarean section, which is close to the rate in the United States.

China, which has long been criticized for soaring C-section rates, actually has rates lower than previously reported, although they are still quite high, according to a large new study done jointly by Chinese and American scientists.

Public health alarms were raised in 2010 when the World Health Organization reported that 46 percent of Chinese babies were delivered by cesarean rather than vaginal birth.