Accusations of Francoism, sedition and insubordination are flying. Old wounds and recriminations between the forces dating to the Spanish Civil War are opening. Even firefighters and military police officers appear to be picking sides. 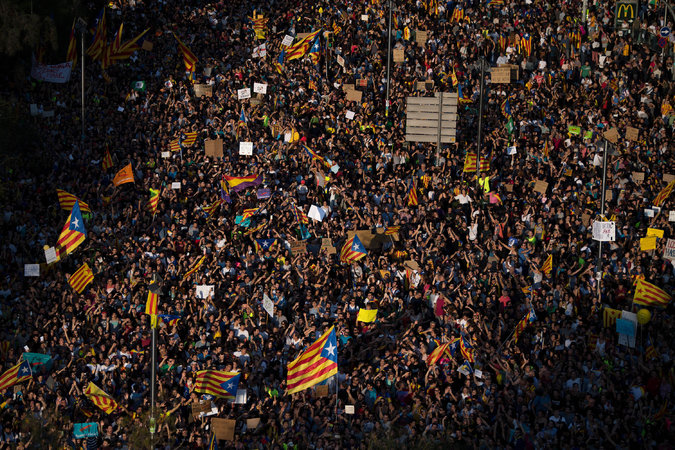 Thousands of citizens gathered in Barcelona on Tuesday during a general strike to protest the violence that marred Catalonia’s independence referendum.

In short, policing has become the most politicized job in Spain.

“The police is the same as the time of Franco, only they had horses back then,” said Carme Adzerias, a 58-year-old painter who was buying cigarettes in a tobacco shop across the street from the…