You Are Here: Home → John Young, Promoter of Baseball for the Underprivileged, Dies at 67

John Young, Promoter of Baseball for the Underprivileged, Dies at 67 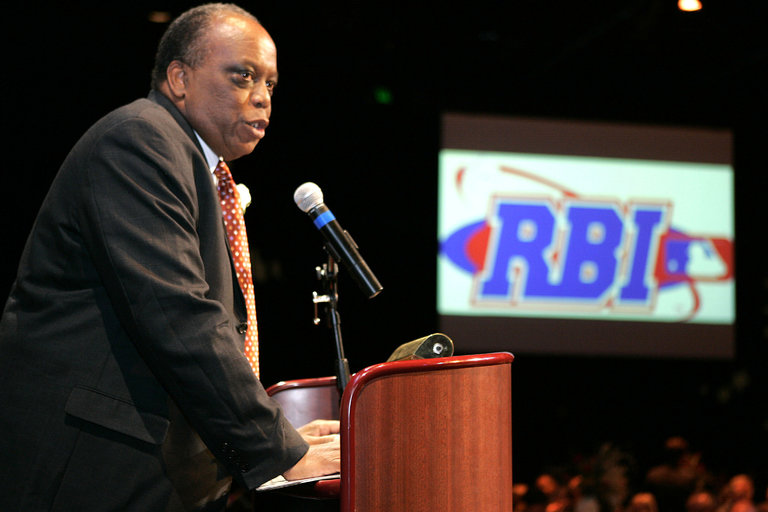 John Young at a Reviving Baseball in Inner Cities gathering in Los Angeles in 2005. The organization serves 200 cities.

John Young, a baseball scout who founded Reviving Baseball in Inner Cities, an organization that bolsters participation in the sport in underprivileged and often minority areas, died on Sunday in Orange County, Calif. He was 67.

His death was announced by Major League Baseball’s commissioner, Rob Manfred. A baseball spokesman said the cause was complications of diabetes.

Young grew up in South Central Los Angeles at a time when baseball was immensely popular within the city’s black and Latino neighborhoods. He played briefly for…