You Are Here: Home → Latino Players Welcome a Baseball Reporter Who ‘Speaks the Same Language’ 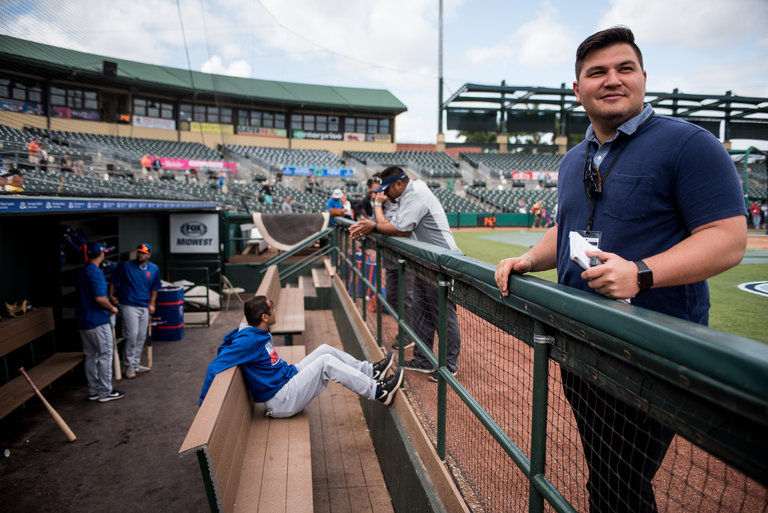 James Wagner, a Times reporter who speaks Spanish, with the Mets during spring training.

The first time Fernando Salas, a relief pitcher from Mexico, spoke with reporters after the Mets acquired him from the Los Angeles Angels at the end of August, he gamely tried English, which he is still learning, and was roundly applauded for his efforts.

“Afterward, he and I made small talk in Spanish to get to know each other,” says James Wagner, a New York Times baseball writer who had recently left The Washington Post. “I, too, was new to New York, having moved to the city earlier that summer to cover the Mets.”