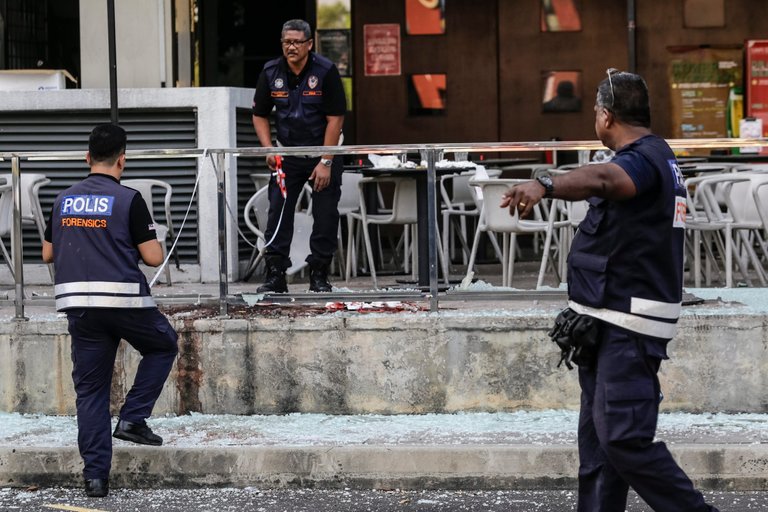 Forensic specialists investigating the explosion at a nightclub in Puchong, Malaysia, late last month that the authorities now believe was the work of Islamic State.

BANGKOK — A grenade attack at a nightclub in Malaysia last week was the work of the Islamic State and two men who received instructions from a fighter for the group have been arrested, the Malaysian authorities said on Monday.

The attack in the town of Puchong, near the capital, Kuala Lumpur, injured eight people and was thought to have been the first assault in Malaysia tied to the Islamic State.