You Are Here: Home → N.F.L. Win Projections Follow Form, With One Exception 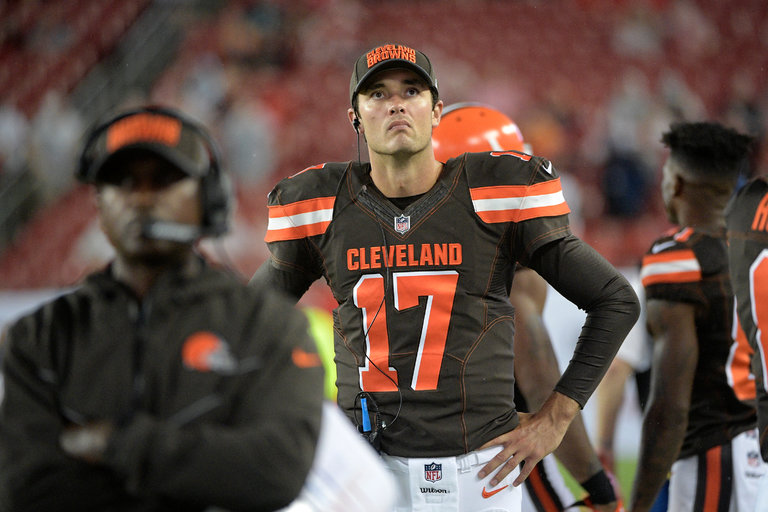 Oddsmakers, and nearly everyone else, expect Brock Osweiler and the Browns to be better than 1-15 this season.

The Cleveland Browns and the Jacksonville Jaguars are two N.F.L. teams few expect to see at the top of any league ranking. Yet those two misbegotten outfits stand together as the teams expected to improve the most this season.

Of course, there is not far to drop. The Browns were 1-15 last year and the Jaguars 3-13. It would take pretty special teams to do even worse.

Bookmakers who set over/under totals on a team’s wins for the season are expecting the Browns to win about four or five games this year, and the Jags seven or so….