You Are Here: Home → Oregon’s 3-Point Past Catches Up to the Present

Oregon’s 3-Point Past Catches Up to the Present 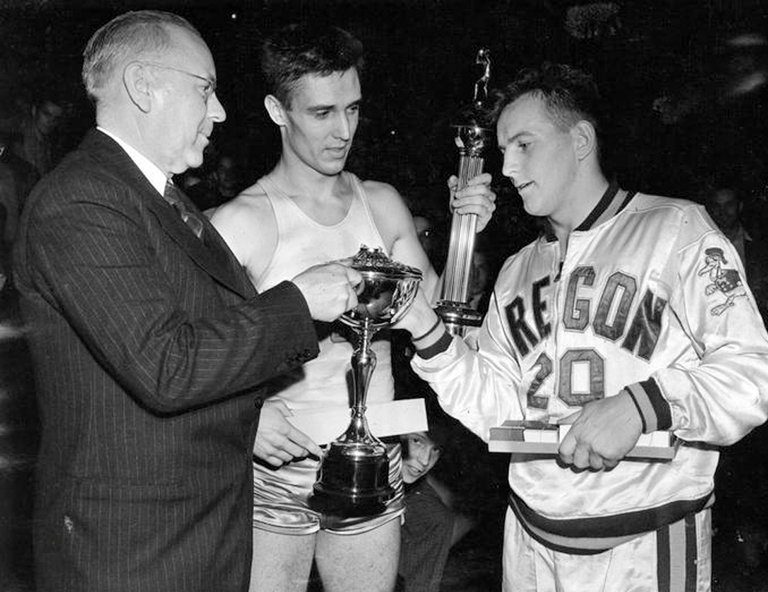 Oregon’s Bobby Anet, near left, with the N.C.A.A. trophy, minus a miniature player that had broken off its top, after the Ducks won the 1939 title.

GLENDALE, Ariz. — The statuette positioned at the top of Oregon’s 1939 N.C.A.A. tournament championship trophy appears to be preparing to take a two-handed set shot. That is how long it has been since the Ducks last played in the Final Four.

Part of the reason that Oregon, a No. 3 seed, has reached Saturday’s national semifinal game against North Carolina is outside shooting. And for that, the Ducks are unwittingly paying homage to the 1939 team.