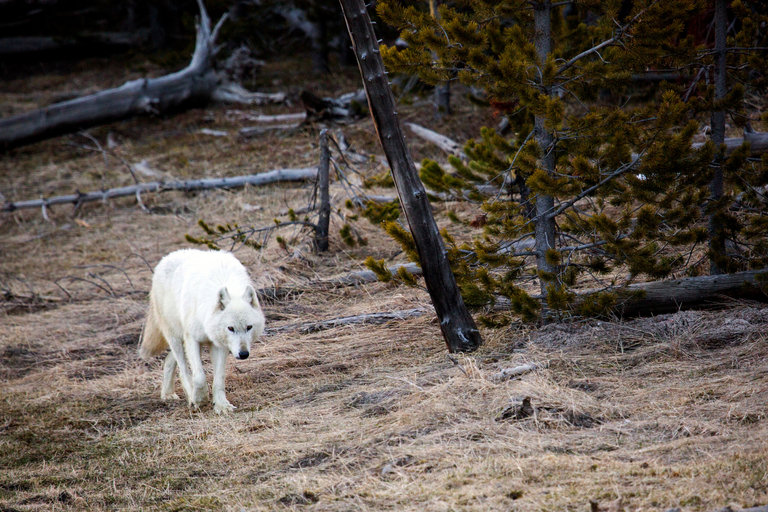 Yellowstone’s rare white wolf, an elderly alpha female who hikers found near death in April. A necropsy has determined she that she was shot illegally.

A rare white female wolf that hikers found as she lay dying last month on the north side of Yellowstone National Park in Wyoming was shot illegally, officials have determined.

The wolf had to be euthanized by park officials because of the severity of her wound.

She was the only white wolf living in the park, though there had been two others before her. She was 12 years old when she was killed, twice the average age of wolves in Yellowstone.

She was the alpha female of the Canyon Pack,…